Mix it up Monday: Psychological Gesture and Storytelling 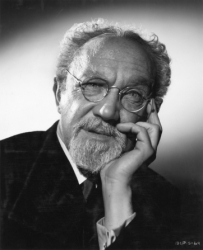 Singers are storytellers. Yes we make melodies with our voices and we sing harmonies, etc. However, the most successful artists focus first and foremost on telling a story.

In the classical voice world, there are several acting methods that focus on using emotions to teach acting. I have always questioned the benefits of these techniques because it is nearly impossible to truthfully convey an emotion on demand. For instance I want you to be really sad right now! Did it work? Probably not. Most people are incapable of spontaneously summoning up an emotion. As one of my favorite acting teachers Gary Race used to say, “which sad do you want? Sad like my dog died, sad like I failed a test, sad like I was just dumped?” They’re all different and when you try to give just one overarching emotion, you will usually end up with a generalized version of the story instead.

Emotions are reactions to an action that has been done to you. If someone pushes you, you will likely be angry. In that situation, the emotion is stirred up because of someone’s action against or towards you. You may respond with an action such as punching them. Your action of punching will cause an emotion to arise in the other person such as grief. If you think about that particular incident in the future the corresponding emotions may be stirred up within you. But it is important to know that those emotions are being generated by reactions to an action that was taken against you by another person. You will only be able to accurately stir-up that emotion within yourself by recalling the situation and action that caused it.

So how do you convey the “emotions” of a song?

So what do you do when a song clearly requires “anger” or another extreme emotion? Let’s use Paramore’s song “Misery” as an example. “Misery” is a song that requires some sort of anger/aggression in performance (view the lyrics here). To get to that place, your student will need to personalize the song. Ask the student to think of a specific confrontation that occurred while they were in a relationship. If they haven’t had a romantic relationship, a friendship or family relationship will work. Have them describe the incident and then tell them you are going to use that experience to strengthen their performance.

Using the student’s real life experience, ask them what the other person said or did to them to trigger their reactions? Next ask the student what they did or said in return? Now assign verbs to those events. For instance, let’s say the friend/lover said, “You are scum!” We could label that exclamation with the verb “to thrash.” Let’s say the student responded with “I am so sorry, it’s not what you think.” We could label that with “to plead” (click here for a list of active verbs). If we turned that action into a script, the friend/lover’s active verb for that scene would be “I thrash you.” The student’s active verb would be “I plead with you.” In each song the student sings, they need to define active verbs that coincide with the text. The introductions and musical interludes are the places where the other person’s actions usually take place. Figure out what the invisible scene partner does in those moments, write that action in the music, and assign it an active verb that the student can react to.

Psychological gesture is a tool you can use to connect the active verb analyzation to your physical performance. Michael Chekhov was a Russian acting teacher who was one of the first to teach that an actor cannot simply be an emotion (click here for a great book on the development of acting techniques). Chekhov believed that behind every line the actor read, there was a desire to physical act. For instance, if I was to tell an annoying salesman to get off my front porch, I could possibly have an underlying desire to grab him by his shirt collar and physically throw him off the porch. That would most likely get me arrested. However, that does not mean that the desire to act does not exist within my being. Instead of physically grabbing and throwing the salesman, I may instead use a forceful hand gesture that conveys my internal desire to act. Chekhov believed that you could explore various actions and connect them to the text to create a more realistic performance using a technique called psychological gesture (Brestoff, 1996). The Michael Chekhov Acting Studio in New York City suggests five basic gestures: push, pull, throw, lift, crush (Petit, 2004).

Let’s use the lines from the relationship scenario above. Have your student say, “You are Scum” while doing each of the five actions. Which action seems to work best? Next, have the student try the other line of text, “I am so sorry, it’s not what you think” with each of the five actions. Which action works best for that line? There is no correct answer. Each person will respond differently to the actions. That’s because we perform each action in a manner consistent with who we are and what we want. If you are a violent person, your push will be much different than that of someone who is more reserved and seldom succumbs to extreme emotions. To help your student explore this exercise create short dialogues, assign gestures, and work on them together during the lesson. Talk about how the student reacts and get them to engage with you while fully committing to the action (here is a short sample script).

Apply it to a song

Choose a song and do the psychological gesture exercise with each line of text. Have the student write the actions that they think best fit the lyrics on their lyric sheet or in their music. Have them sing the song several times while doing the actions until they have memorized what those actions feel like internally. While they are doing this part of the exercise, encourage them to respond emotionally as a result of the action. When they appear to be emotionally connected, have them drop the physical movements and sing the song again. If the student has spent enough time rehearsing the actions, you should notice that there is a natural inclination to physically move in a manner that is appropriate to what they are singing. The goal of this exercise is not to choreograph the student’s movement, but rather to train them to respond to the primal instincts that have been awakened through the psychological gesture exercise.

There are many different acting techniques that produce great results. Psychological gesture is only one of many tools that I have found to be effective with my students. Experiment with the exercises and adapt them as needed. If you have other suggestions about how to incorporate psychological gesture work in the voice studio, please comment below.

This entry was posted on December 7, 2015 by Matt Edwards in Misc. Thoughts.